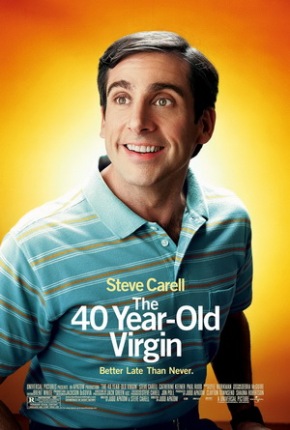 There’s a fundamental reason the “nerd gets the girl” story is typically comedic– because the essential premise is ludicrous at its core. Without a lot of exposition or set-up, the mere physical appearance of the leading male, or female, aspiring for the ideal mate, in spite of their own limitations, is a hilarious impossibility. An impossibility that rivets us to the screen to see it overcome through trial, tribulation, humor, hubris, and humiliating antics. In the end it is not the nerd who overcomes their circumstance, but the “ideal” who alters their shallow world view to realize that true love transcends the physical and beauty is more than skin deep. Or, alternatively, the protagonist realizes that the ideal of their dreams is not as decently desirable as their closest nerd ally who adores them in spite of their improbable aspirations. It is one of humankind’s most enduring conceits and one that is played out daily in our everyday lives as we marvel at actors, actresses, stockbrokers and fashion models paired with the most unlikely of partners. Not everyone, it seems, can be Brangelina.

But rather than promote pornopgraphic fantasy, these stories are inherently down to earth, moral, and democratic. They promote the worth of the individual over the tyranny of superficiality– exactly the opposite of Elliot Rodger’s homicidal manifesto and heinous deeds. His actions prove the only movie influencing him is the six reel horror/slasher one running in his own diseased narcissistic psyche.

Ann Hornaday on her Elliot Rodger YouTube video column, the response and a conversation that should continue http://wapo.st/1nwBToE